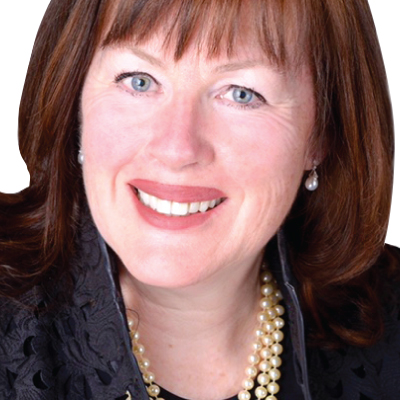 President of the New York Society of Physician Assistants

Maureen Regan received her MBA in Executive Management from St. John’s University in 2003 and her BS from St. John’s in 1985. She received her Physician Assistant Certificate from Bayley Seton Hospital, a St. John’s University affiliate, also in 1985. She began her career at Catholic Medical Centers, Mary Immaculate Division in the Department of Surgery, rising through the ranks as Supervisor and then Assistant Director of the Physician Assistant Department which employed over 140 PA’s in many clinical specialties. This administrative structure and utilization of PA’s was very progressive in its time. In her role as Assistant Director, she was instrumental in the application to NYSED for the creation of the Catholic Medical Centers Physician Assistant Training Program, what is known today as St. Johns University Physician
Assistant Program. Maureen served as Clinical Coordinator and Interim Program Director of CMC’s PA Program, leaving in 2000.

She has served as the Assistant Director of Academic Affairs at Winthrop UniversityHospital in Mineola, LI, with oversight for hundreds of medical students, residents and fellows and had a faculty appointment at Stony Brook School of Medicine. In 2010, she moved to hospital operations, responsible for the strategic growth and development of Surgical Subspecialties (Urology, Ophthalmology, Podiatry, Otolaryngology, etc). In 2018 she assumed the position of Ambulatory Surgery Administrator at ProHEALTH responsible for their interdisciplinary Ambulatory Surgery operation.

In addition to her clinical experience as a Surgery and Trauma PA, Maureen has experience in the area of Occupational Medicine, having worked in medical facilities at John F Kennedy and La Guardia Airports. Her experience working with an international community afforded her the opportunity to co-author several publications on body-packers, efforts that were published and/or presented in national and international forums such as European Society of Gastrointestinal and Abdominal Radiology, Society of Gastrointestinal Radiologists and the Radiological Society of North America. She is humbled and honored to have served a year serving those involved in the rescue and recovery efforts at Ground Zero.

Maureen has served in numerous leadership roles in professional organizations and is a Past President and President-Elect of the New York State Society of Physician Assistants and is a delegate to the American Academy of Physician Assistants. She is a member of the American College of Healthcare Executives and The Energeia Partnership Class of 2008, a Long Island Academy for Regional Stewardship. She is a past Board Member of Girls, Inc., LI ad serves on the American Red Cross of LI Gala Committee.